Dry Practice on the Road

When traveling, we can still do our dry practice. In fact, it may be more important when traveling than any other time. We’re more vulnerable and lack the underlying knowledge of our surroundings that we have during our usual activities in our home area.

These limitations mean we have to use alternate safety protocols for our dry practice. Having an Unintentional Discharge in a motel room or in the home of a friend or relative will certainly lead to a Negative Outcome. Anyone who has run a major firearms training facility has stories of clients who had UDs in their motel rooms and the consequences. At the very least, the POlice will become involved to some extent. At worst, someone is killed and the consequences are grave. Having a UD in a friend or relative’s home may not result in POlice involvement but is unlikely to have a positive effect on the relationship.

Some of our home protocols can be modified but still used to some extent. The most important thing to remember is that safety protocols have the same importance when we are on the road as when we are at home.

In terms of the practice area, we want to choose the least dangerous direction for our practice. Depending on the nature of the building’s construction, a bullet resistant wall simply may not be available. In that case, we must choose the direction that is least likely to result in a casualty if a round is fired. A bullet hole in a door that opens out to a brick wall has less consequences than a bullet hole in a guest in an adjoining room. Consider carefully where an errant bullet might go before choosing your practice direction.

Next, use a target. A sheet of paper with a heart drawn on it is a good target for a ‘3 shots in 3 seconds at 3 yards’ Even more about Skill Development practice regimen. Putting a few small spots on it provides targets for precision aiming and trigger practice work.

The first training aid is snap caps. Different varieties are available. If the primer pocket isn’t filled, such as with the ST-Action Pro inert ammo, you can fill the pockets in with a hot melt glue gun and trim the excess off. This will protect the firing pin or hammer nose of your revolver. Good snap caps are easily identifiable by their color. A-Zoom has recently started making their snap caps in orange, which are more identifiable when loaded in a blue steel gun than the darker A-Zoom offering. The spring loaded primer type of snap caps have a limited service life and are not recommended for serious practice.

After unloading the revolver, replace the live ammunition with snap caps. Since two objects cannot fit in the same place at the same time, this precludes leaving one live round in the cylinder, which is not an unknown occurrence, as gunowners sometimes discover. After the snap caps have been loaded into the revolver, put the live ammunition in the Ammo Case and count the number of rounds. If the rounds you place in the case are less in number than the capacity of your revolver, the FBI calls that ‘a clue.’

A second training aid is full weight dummies for reloading practice. Snap caps are a good safety aid and for protecting the revolver, however, they usually lack the weight necessary for effective reloading practice. Dummy ammo should be easily identifiable, which is often a problem with homemade dummies. The dummies in the picture were made from Blazer Aluminum cases scrounged from a local indoor range. The bullet noses and cartridge base are colored blue with a Magic Marker for additional visual identification.

The third training aid is fired cases. Reload practice with revolvers should always include getting the empty cases out in addition to reloading with fresh ammo/dummies. A new speedloader manufacturer that was displaying at the SHOT Show years ago failed to consider this in their demonstration. When asked how the empty cases were to be ejected while holding the revolver in one hand and the speedloader in the other, a blank stare was the only answer.

The sequence for finishing the session is:

Reading something dry and difficult is a good way to remove dry practice from your thoughts.

Keeping an awareness of safety in mind allows us to maintain our proficiency on the road without menacing innocent people around us.

The circumstances of Unintentional Discharges at home are covered as the third Section of Real Shootouts of the LAPD. Off-duty Officer Involved Shootings and Officer Involved Animal Shootings are the first two. If you would like to purchase the book, click on the cover below.

Muzzle direction is the primary safety

Muzzle direction is the primary safety. Always has been and always will be.

“He told police he was oiling a handgun and had put a magazine in it and racked the slide when it fired, hitting his wife as she sat on a couch nearby.”

Man sentenced to probation in shooting of his wife

I absolutely despise the meme from Blackhawk Down that shows a trigger finger with the phrase “This is my safety.” Trigger finger discipline is a good thing but there’s a reason it’s Number 3 in the Four Rules of Gunhandling. Muzzle Direction is Number 2, as it should be in the scheme of things.

I just completed the Washington, D.C. Metropolitan POlice Department Online Firearms Safety Training Course. It’s actually well done and informative. There are a few parts particular to D.C. laws but other than that, nothing odious. The animations are generally well done and informative for newcomers to firearms ownership. The course took me about half an hour to complete. 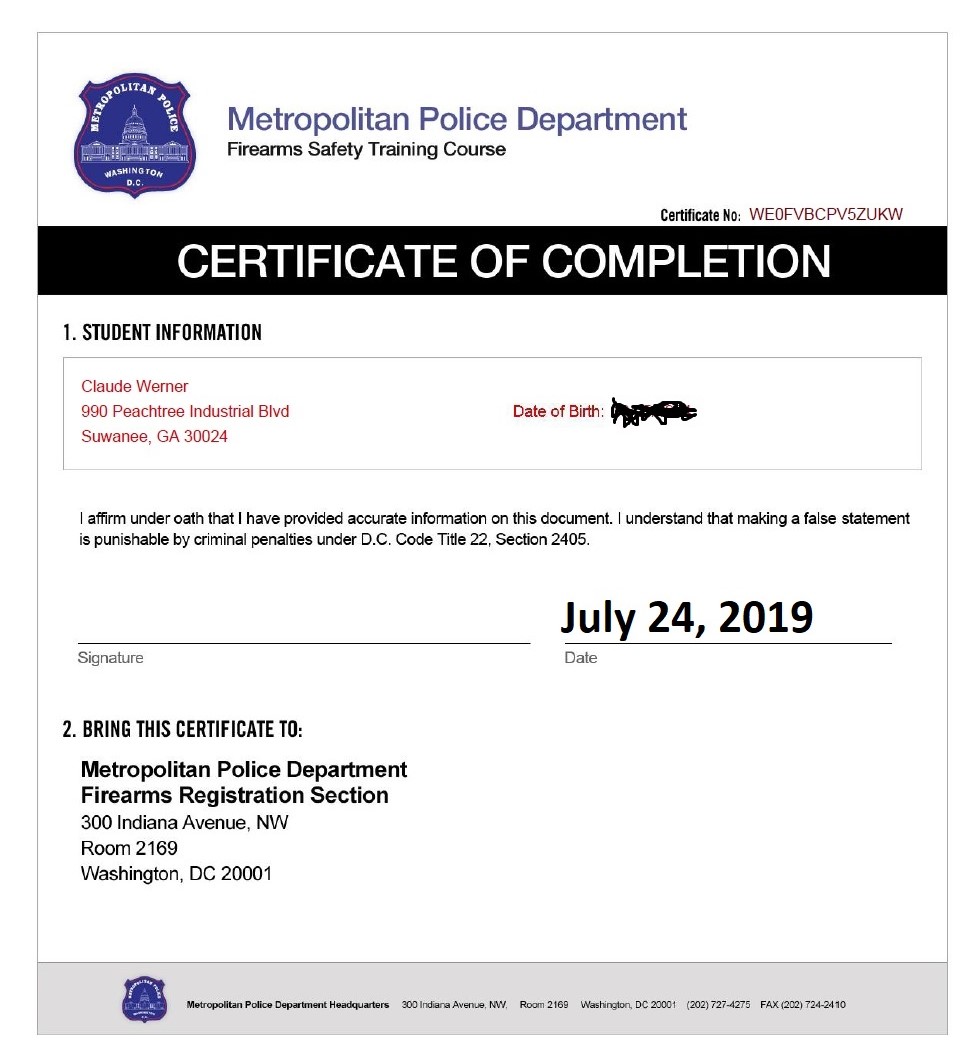 There were only two errors noticeable to me, one technical and one typographical. I’ll let the webmaster know about them.

END_OF_DOCUMENT_TOKEN_TO_BE_REPLACED

This could go into three different categories of my Negative Outcomes database; ‘Poor Judgement,’ ‘Unjustified Shootings,’ and ‘POlice Involvement.’ For now, it gets filed in Poor Judgement.

This is a Serious Mistake and a clear violation of Rule #4 “Know your target and what is beyond and around it.” ‘Target’ includes the target’s backstop.