If we get carjacked, as long as you and I can both get out of the car, they can have it; I have insurance. But if either of us can’t get out of the car because we get hung up in the seat belts or something, turn your face away from me and close your eyes because I am going to start shooting. I don’t want his loathsome blood-borne pathogens to get in your eyes.

–my personal policy/Standard Operating Procedure, as related to a former girlfriend who lived near Murder Kroger in Atlanta

A California man shot the carjacker of his van Friday as the carjacker drove away. The carjacker died shortly thereafter and the shooter was arrested for Murder.  Once the threat of Death or Serious Bodily Injury has passed, the time for gunfire has ended.

‘Don’t sit around in unsecure parking lots working on your czechbook, writing reports, texting, or talking on the phone.’ –paraphrased from Bill Rogers  and Craig Douglas

“Firearms shall not be discharged at a moving vehicle unless a person in the vehicle is immediately threatening the officer or another person with deadly force by means other than the vehicle. The moving vehicle itself shall not presumptively constitute a threat that justifies an officer’s use of deadly force.” —LAPD Manual Volume 1 Section 556.10 POLICY ON THE USE OF FORCE

Policies, SOPs, or whatever you wish to call them are simply committing to memory, or writing down, actions that you have thought about ahead of time. For some reason, the word ‘policy’ evokes a great deal of resistance on the part of people I talk to about it. Not thinking about things ahead of time is probably the most Serious Mistake Gunowners Make and I will have to add that to the next edition.

In a crisis, the conscious mind has an extremely short life span, probably less than a second. Once the conscious mind expires, either training/practice or the amygdala will take over. Trying to make up a plan on the spot is an extraordinarily difficult task.

Perhaps the inability or lack of desire to think ahead is the reason for the popularity of the OODA Loop. Relying on the OODA Loop implies that you can out-think the situation in the moment. This is just being lazy and an excuse for not thinking ahead. No plan survives the test of combat, as the saying goes, but it is ALWAYS easier to modify a pre-existing plan than to make one up on the spot.

Fighter pilots have been at the forefront of developing policy and procedure for ‘in the moment’ encounters. Their creations over the past century have shown increasing sophistication as they have evolved.

In every one of these documents, specific principles, procedures, and pitfalls are worked out in advance. Speed of decision in tactical situations is achieved by picking from a list of possible options to best solve an unfolding incident rather than trying to ‘think faster,’ which is physiologically impossible. The distinction between ‘thinking faster’ and picking from a menu of possible decisions escapes many common taters about the OODA process. Boyd’s description of the process is much more involved than generally assumed and explained using a simplistic circular diagram. That circular graphic does no justice to the concepts that Colonel Boyd developed.

In order to make decisions in advance, it’s necessary to think about likely scenarios, at least, ahead of time and decide how to solve them. This includes the legal ramifications of your possible actions. Thinking ahead is a key component of avoiding becoming a victim or incurring a Negative Outcome in the criminal justice system. 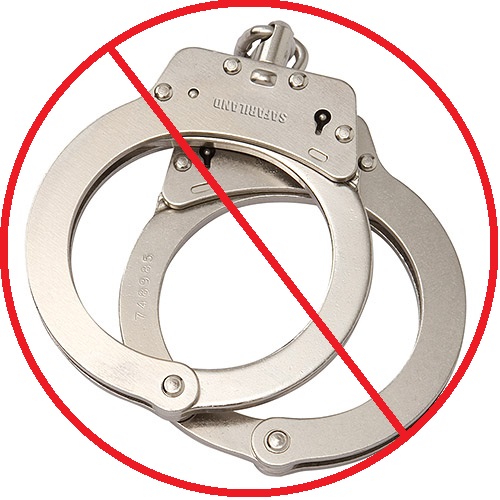