A discussion came up on a Firearms Instructor group that decried the fact that many indoor ranges only allow NRA training https://firearmtraining.nra.org/ and don’t teach ‘Concealed Carry’ classes. Let’s bear in mind that 999 out of 1,000 gunowners only have access to an indoor range. That’s a calculated number, not a SWAG.

More people don’t carry than do. According to John Lott, the current figure for those having some kind of weapons carry license is 18.66 million people. https://papers.ssrn.com/sol3/papers.cfm?abstract_id=3463357 The Gallup Poll indicates the 43% of US households have a gun. https://news.gallup.com/poll/264932/percentage-americans-own-guns.aspx That would be 51.4 million people, which is probably underreported as compared to licenses. My personal experience is that the demographic with the economic means to afford training is most likely to NOT have a carry license.

When we teach people, either formally or informally, we do ourselves and the gun owning public in general a disservice when we place so much emphasis on the techniques for carrying a gun. It’s unfortunate that the NRA’s philosophy of Personal Protection training is buried in the Instructor manual for the Personal Protection Outside The Home course.

A synopsis of the NRA concept as excerpted from that manual is as follows:

The NRA Basic Personal Protection Series is based on the building-block approach, moving from the simple to the complex.

The first course in this series is the NRA Basics of Pistol Shooting Course, which develops in your students the basic skills of handling, shooting, and cleaning the firearm, as well as a thorough grounding in firearm safety.

A very intelligent female friend explained to me her personal journey to carrying a gun. It involved five phases over the course of three years for her to consistently carry a gun and feel comfortable with it. That’s far more common than most people who teach, either as formal instructors or just friends giving guidance, seem to realize.

The NRA philosophy has a great deal of logic behind its structure. It pains me when our training community ignores it. We spend a fair amount of time talking about the ‘Crawl, Walk, Run’ approach to training but what we actually teach is ‘Run and then Run some more,’ period. Maybe it would be a good idea if we tried to guide people through a process one step at a time instead of ‘feeding them with a firehose.’ There’s a reason I wrote Indoor Range Practice Sessions before I wrote Concealed Carry Skills and Drills. 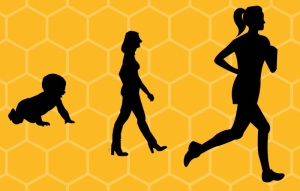 The most common task (all six incidents) accomplished was:

There were no incidents this month in which the firearm was carried on the person’s body. This is a subjective call on the part of editors as to which of the plethora of Defensive Gun Uses to include in a monthly column. However, only 6 percent of the adult population has a license or permit to carry a weapon outside the home, according to John Lott’s Crime Prevention Research Center.  It’s also commonly acknowledged that among those who have a license or permit to carry, actually carrying on the person is sporadic, at best. Accordingly, it is not surprising that the majority, perhaps vast majority, of Defensive Gun Uses do not occur in public places.

One implication of this fact is that a certain amount of emphasis should be placed on retrieving a firearm from its actual storage location, be it home or vehicle, and then putting it into operation. This is especially true if the firearm is kept in some sort of safe, whether it is large or small. If an autoloader is stored with the chamber empty, the need to be able to place the weapon into a fully fireable condition is also implied. Avoiding Negligent Discharges in the process is desirable.