The concealed carry permit holder was trying to intervene in a domestic dispute, trying to disarm the fleeing shooter, trying to do [t]he job ordinarily reserved for police.

The man leaves behind a wife and three now fatherless children.

“Getting shot while intervening in affairs that are not yours” is an item I will now have to add to my list of Serious Mistakes Gunowners Make. Having your wife widowed and your children orphaned for someone else’s issues definitely qualifies as a “Negative Outcome.” So many things can go wrong in an intervention that it’s almost never a good decision, regardless of what ‘sheepdogs‘ might think. Sheep dip is probably a better general analogy. 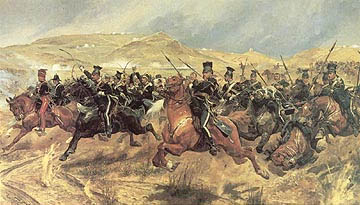 The Charge of the Light Brigade

‘He went into protective mode. He’s a father, he’s protective by nature,’ [the deceased man]’s pastor, Marc Lowrance, told reporters Monday. ‘And he thought he could help everyone involved, and tragically it went a different way.’

The above comment accentuates why we need to think about and plan for events in advance. Think about what’s most important to you, your family or a stranger? Make your decisions in advance accordingly.”In every encounter, there is an element of chance.”

I often say “The conscious mind has a lifespan of one shot.” That’s not only the shot you fire but it can be the round fired by someone else. A common saying in the training industry is “You won’t rise to the occasion but will rather default to the level of your training.” While this is almost always used in the context of skills, it is equally applicable to decision-making. In that sense, this man’s death has similarities to the man killed trying to stop two active shooters in the Las Vegas Walmart in 2014. In the absence of decisions proactively made in our best interests and the best interests of our families, it’s easy to get caught up in the moment.

The worst part of the whole situation is that he sacrificed himself for nothing in the situation. The shooter had finished his violent act, which inflicted a non-life threatening wound, and was trying to leave when Mr. Antell intervened and was killed trying to stop him. The best way we can honor his sacrifice is to make sure it doesn’t happen to us.